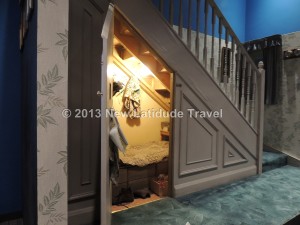 The famous Cupboard Under the Stairs

One must-do item on our agenda, at the insistence of our daughter, was a visit to the Warner Brothers Harry Potter Studio Tour: http://www.wbstudiotour.co.uk   Which isn’t to say that her mother and I aren’t fans of the books and movies, either!

Taking public transportation to the WB studio is pretty easy, even though it lies to the north side of the London metro area in Leavesden.  A shuttle bus will pick up patrons from the Watford Junction train station for around £2 apiece (save your receipt for the return trip).  From Paddington Station it was about a half hour on the train. Use the Transport for London journey planner to map out your route:  http://journeyplanner.tfl.co.uk  Of course you can also drive to the studio and they appeared to have plenty of on site spaces available.  Interestingly, the site of the WB studio was once a WW II production facility for the de Havilland DH.98 Mosquito and the Handley Page Halifax aircraft.

Before entering the actual tour, we had breakfast at the cafeteria immediately inside the entrance.  Here you can also find restrooms, pick up audio guides, and of course, make purchases from the gift shop.  The studio tour allows visitors to see up close and personal the props, costumes, and sets from the famous series of movies.  Timed tickets are sold and your initial foray into the studio is guided so as to present the Great Hall in proper pomp and circumstance.  After that, guests are free to wander at their 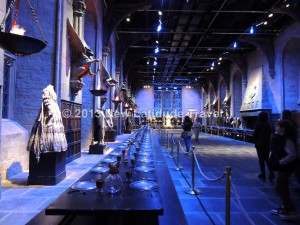 leisure, though there is an orderly sequence in the layout of the place. 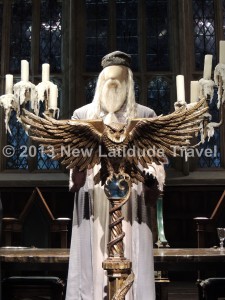 I wasn’t sure what to expect, if it would simply be a hodgepodge of set walls, clothing, and nick-knacks, or something more polished.  Luckily it was the former.  The sets are well-preserved and restored as needed, with room to move about and dodge the occasional large tour group. Wander past Dumbledore’s Office; stand by Hagrid’s Hut and imagine you’re really there; or visit the Ministry of Magic and Boy’s Dormitory.

The first half (roughly) of the tour with the majority of large sets, is indoors, followed by an outdoor area with the Knight Bus and a few other vehicles, the facade of the house on Privet Drive, and more.  It’s here that you can also purchase some snacks including authentic “Butter Beer” – sort of a butterscotch/cream flavor, in my opinion – very sweet but good with a salty snack.

Heading back indoors, WB presents smaller scale artifacts such as step-by-step examples of modeling, drawing, and other artistic techniques used in the movies.  The clear highlight at the end of the line is the scale model of Hogwarts Castle.

We tended to take things slowly and snap lots of pictures.  Altogether our visit through the actual exhibit lasted about 4 hours.  One could likely 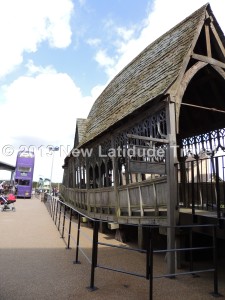 accomplish the same in perhaps 2 hours if in a hurry. 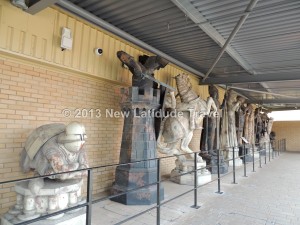 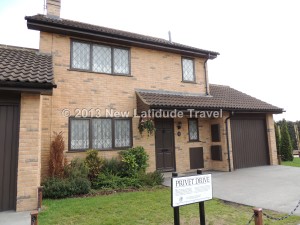 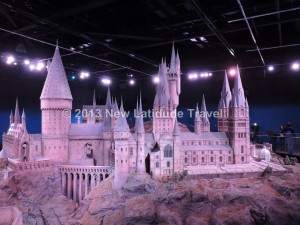 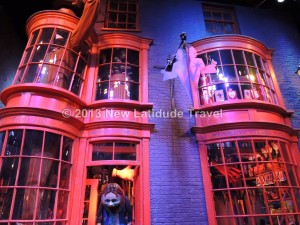 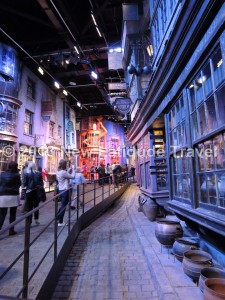 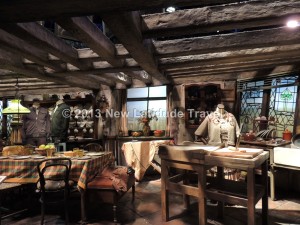 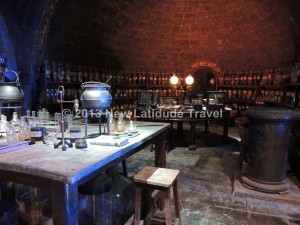 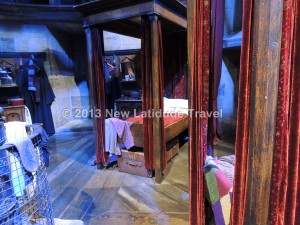